Flip Side of Social Media – Fearful Thoughts or Facts? 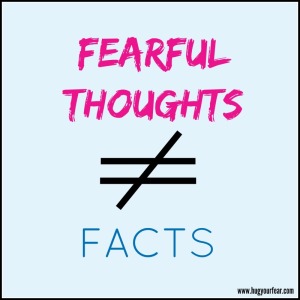 The evolution of Social Media has come so handy that we can get any information of our request with in seconds. Being it religion or education or medical sciences or even sex it gives information on both knowledge and pleasure.

We know and accept that there are always flip sides of anything in this world. Particularly in Social Media, the flip side was thought to be less effective in the starting stage.

But are we prepared to take the flip side as flip side?

Mostly the answer is NO.

In the fast running world because of the availability of more and more social medias we get more and more standpoints and it will become very difficult for us to get into our standpoint or our point of view. We are forced to take a standpoint and before we even think of analyzing that the next important news surfaces at the top than what we are thinking now.

If this is the scenario with NEWS Agencies, the other dangerous scenario is from Individual Stand Point Imposition

When a NEWS break out we have option to shift from one agency to other and so there are at least little choice for us to analyze that and come to a conclusion. But if the information is passed from an Individual to a Group or Groups through limited Social Media Penetration, then we are left with NO option other than to carry that as real FACT than the author’s thought.

We fail to understand or we fail to get options to understand whether the information passed to us through these Individuals or just their Thoughts or Real Facts.

We trust people from our known group. That too if they are SME (Subject Matter Expert) then we have 100% trust on them and also there are no options for us to doubt their standpoint, just because they are SME.

The birth of Facebook and Linkedin came as the most innovative discoveries in Social Media. Yes, it is true too. But on today’s situation they have become Universal Garbage of Information.

I came across three such scenarios in the last couple of weeks. All of them are authors own Thoughts only. But when they publish the same in Social Media, because of their position in their known group, those Thoughts are Earmarked as Facts.

Rather than passing the bucks on the readers, I personally feel the responsibility lies with those people who are writing these articles or comments.

My known SME on International Sales wrote an article on Linkedin as Business Through Cold Calling are yesteryears concept and now the new trend is just Digital Marketing.

This one is on a social stigma and family related. A person who normally writes about family situations in FB wrote this. A retired working couple feels some heat from their own family members due to the incidences happened in the past. The husband doubts his wife all the time and so she accustomed to live a no freaky nutshell life.

They got retired and now due to age, the husband wants more day-to-day assistance from his wife. But since she is been like this for more than 40 years she is not able to independently go out and do any work. All she was allowed in the past was to shuttle between her work place and home.

Scenario 3: Time passed so forget the impact – Most Dangerous

This one is an atrocious imposition of the author’s thought as fact on others in Social Media.

He is a known Medical Practitioner on Child Health. He has written that “why are these adults who got abused in their childhood still carrying those thoughts and living a wrong life. He went one step ahead and wrote that since they have grown up they can erase the past from their memory and lead a decent and normal life.”

There are several journals published so far about the effect of Adults in their life because of childhood abuse. A women is not able to live with her own sons was found out after hypnotize that she was abused in her childhood at the age of 4 and that situation surfaces on her mind whenever she sees any male including her sons.

Clinical Psychiatry still sees the effect of childhood abuse in adults as a mystery and they are feeling sorry for not able to find a solution for these adults to live a normal life. They live a pragmatic life and die. Even though high anti depressants are suggested they are no way going to wipe out their memory once for all on their abuse during childhood.

One psychiatrist from Boston University has written an article that these Adults live a more cruel life than eunuchs in their entire life.

If this Doctor had spent sometime to research and read journals of Herman and Finkelhor before writing his comment on FB, I am sure he would have abstained even thinking to write about it. He just wrote it for short time appreciation or publicity. Nothing more.

On all the above scenarios the authors happened to be either SME or related to the field in which they have written.

What has given them the guts to write about these or who authorized them to write like that? The answer is NONE.

Because there is no moderation available on any of these Social Media on any article what we are writing, including the one I am writing now.

If we claim ourselves as SME then the responsibility squarely lies more on us rather than anyone else.

Social Media has given lot of room for valid information and everyone who is writing on Social Media also depends to reference on these Social Media now to emphasis their facts.

Writing is a super skill. But, check your thoughts to be corrected before you impose those as Real Facts on people who trusts you and your writing.