Is there a real slow down in Startup Funding?

The answer could be a yes when compared to 2014 and 2015. Where it was about 7.1 Billion USD and now we are not even sure of reaching half of it.

According to Traxcn data, Indian tech startups have raised nearly 959 million dollars in the last quarter of 2015 which is less than a third of the 3.2 billion raised in the earlier quarter. But it is again just half of what they have raised during the Q4 of 2014 which is 1.9 billion. 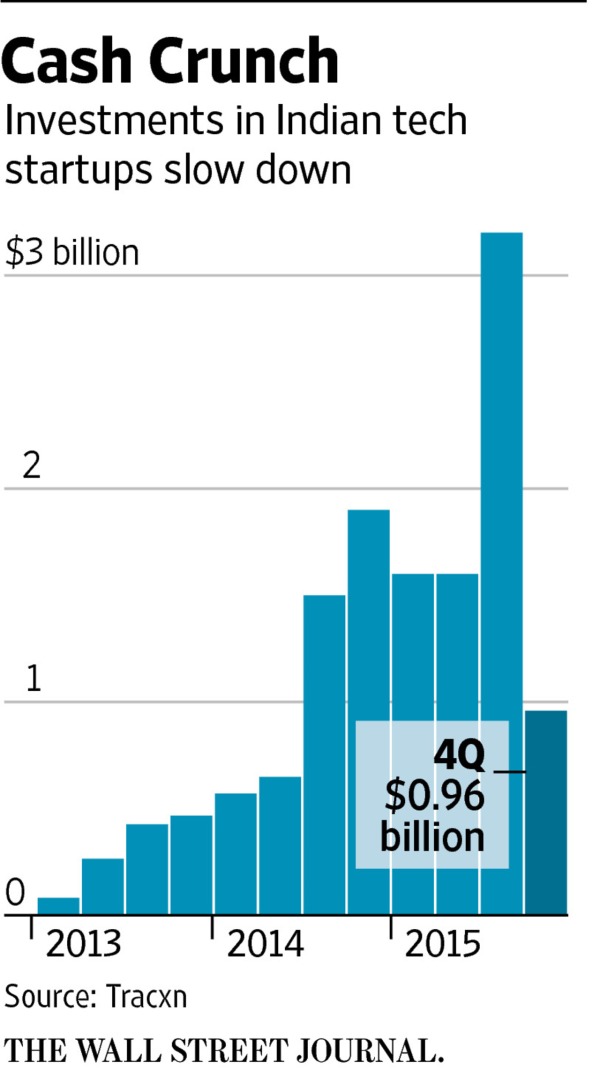 Does that mean the Funding has dried totally?

No, the amount of startups aroused in the last two years is huge and most of these startups got really well funded in 2014 and 2015.

There are huge competitions in these segments and so the factor that determines the uniqueness of these companies are missing.

On the other hand, the Startups are on the other path. Since they have understood the market very well, their main aim is to get funded as much as possible at the quickest  and exit as quick as possible too.

To be frank, you can very well see that there is not much long term aim or goal for most of these small startups.

This is nothing but a real froth which would not continue forever. There needs to be a cleansing  required and which has already started. There will be a vanishing stage of most of the “one another startup” following which the funding will once again come to the normal track.

Did the froth affect the genuine Investors? No, funding for the deserved startup is still going on as normal.

As I always say, the best practise of any firm or industry is to have a Plan B. That is the course correction. This is exactly what is happening in Indian Tech Start-Up Funding Industry.

Indian Tech startups got heavily funded in the last 2 to 2.5 years and many of them are not able to cross the Series A funding. This is the major reason for the funding industry to have a slow down and take the course correction.

So there is no need to worry as the funding industry is completely dried. It didn’t and it will not too. This is just a cleansing happening. Moreover, the so-called funding industry has nothing to do other than to fund again rather than keeping their money parked at one place. They are not meant to park money. They are there for the purpose of rotating the money and growing it as much as possible.

The amount of money got funded and the number of startups got funded in the last 2 or 3 years are phenomenally high and either they should get funded to the next level or shut down. This has already started and that is what is seen as slow down. The sooner this cleansing happens the earlier the funding will get to its original speed.