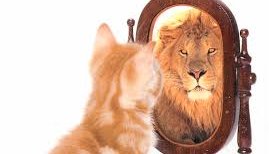 “Innovation” is one of the most coined word by many companies added with “acceleration” during the growth stage. But does that really suits them? Answer is almost No in many scenarios.

Innovation in a service company carries different meaning than the product company. Service innovation is mostly on process side and Product innovation is  on usability and functionality side.

If we take any new product on the market they will not be mostly their own brain child. They normally bridge the gap of the available product and brand as their new innovative one. Or at least their core or base concept of the product will be mostly from any of the other products available in the market.

One thing we cannot deny. After a point of time these products will totally change their identity from the base and  will become the so called innovative product by itself

But I am not earmarking every product that way. Because there needs to be some real innovative products to get as the base for the other new brands for sure.

What if they get in to lack of new innovation?

They will also start thinking or doing what the other product companies do. Just Copycat!!!

Example: iPhone. Apple released their first iPhone with their new innovation in the smartphone arena when Smartphone was not a must that time. But today the situation is different. To explain it more clearly I could say “Vitamin pills to Pain killer” difference.

iPhone was a vitamin pill when it was released. But since smartphone is a must now, iPhone is a pain killer now.

But today the new iPhone 6s got many new features which they claim as their new innovation. Innovation should be newly invented one and cannot be an inherited one.

I have the following doubts about their new features.

so on an so forth.

So can we conclude that Apple didn’t innovate anything new of their own and they just consolidated the features available on several devices into one device?

This proves that the so called Father of Innovations also has to copycat the features or at least take the clue of new idea from others and make it as new feature in their upcoming products.

This is happening for the survival in the competitive market. Coming to the Top is harder. Being in the top is the hardest. So to be on the top we are even ready to Copycat which is exactly what was not our claim when we were struggling to come to the top.